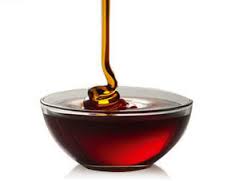 One of the key sweeteners recommended by Amanda from the Raw Food Kitchen at our last member event was Yacon Syrup.

Organic Yacon Syrup is reported to be a low G1 natural sweetener, with a lovely flavour similar to molasses, perhaps more caramel like. It is claimed to have little or no effect on your blood sugar level so is a good choice as a sweetener, especially for diabetics.

Organic Yacon Syrup, is made from an Andean plant which has been used for centuries for its natural health properties. Yacon provides a natural source of fructooligosaccharides (FOS).

Yacon syrup can be used as a sugar substitute in baking, cooking, sauces, dressings and drinks. Now available at the Co-Op.