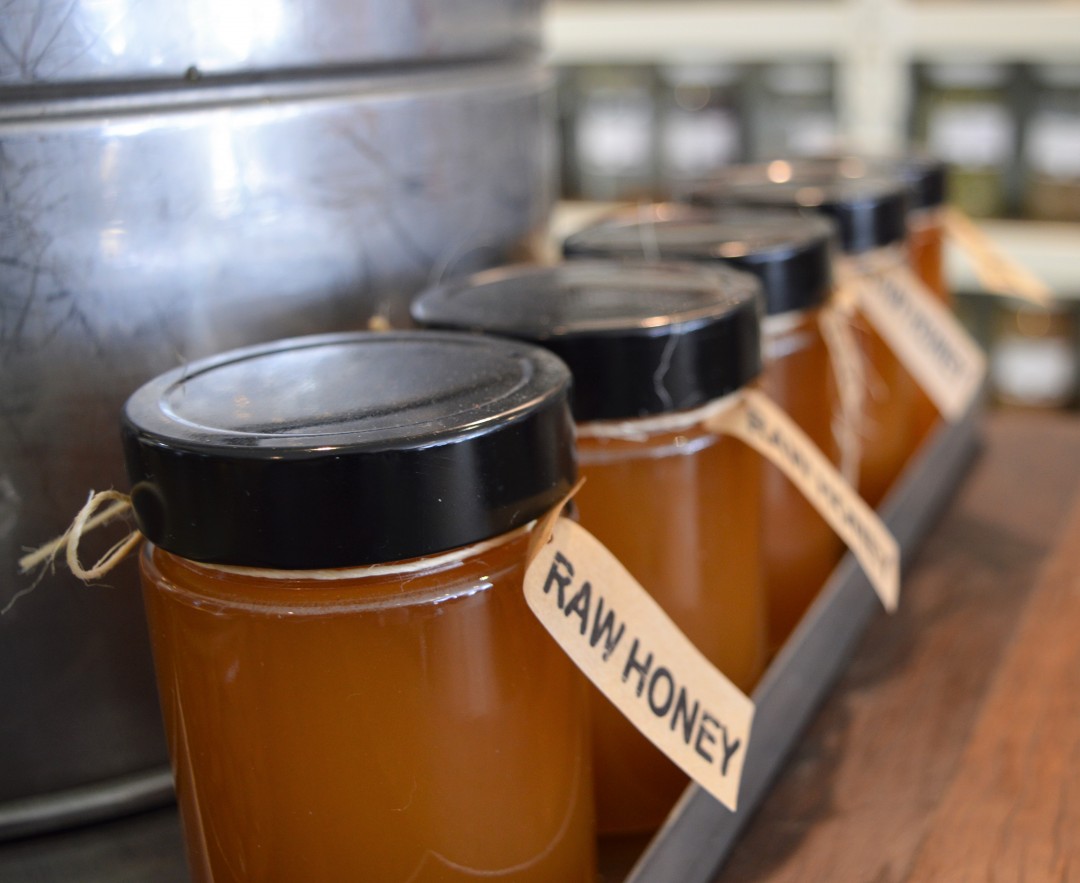 There is something special about raw honey. It is full of antioxidants and has healing properties. Our raw honey is local and made with love. We now offer two different raw honeys, the one you already know and love from Eden to Bees and today we’d like to introduce you to Poppy Pete’s honey.

Peter Edwards is behind Poppy Pete’s. Peter loves his bees, he calls them ‘my girls’. He began beekeeping in August 2011 at the age of 75. He is now 82 and gets some assistance from his son Jamie who helps him extract the honey. We asked him a few questions to learn more about his passion.

What is so good about your honey?
“My honey is special. It is a pure, natural, organic product straight form the hives. Not heated or adulterated.”

Where are your hives located?
“At my home in Bayview and some at my holiday house at Lake Tabourie on the South Coast.”

How often are you stung?
“Used to be very often. Now I’m more cautious. I don’t like being stung.”

Has beekeeping changed over the years?
“Not in my lifetime. Except for the Flow Hive with moulded plastic frames. I think they are not as functional as the original idea of waxed frames in the original boxes.”

Any comments on fake honey?
“The sellers tried to maximise the amount of honey by adding other ingredients so it is no longer pure honey. It takes away the value of the original product.”

This is Peter’s story on how it all started. Have a read:

HOW I BECAME A BEE KEEPER – By Peter Edwards

For years I was working in the shed in my backyard. I would hear swarms of bees go into my neighbour’s yard, mainly onto a Jade Bush. In August 2011, a swarm settled on a tree in my neighbour’s place.

I decided to go and get the phone book and look up Beekeeper’s Supplies. They were at Hornsby. I went up and asked them “What do I need to catch a swarm of bees.” I came home with lots of parts of boxes and frames that had to be nailed together and painted.

The bees usually on ly stay for about 12 hours, but this swarm stayed for two and a half days. They were very patient waiting for me to get their house ready. It was time to go and catch them.

The man at the Beekeeper’s Supplies gave me a large cardboard box to take my many parts home in. He told me you will need this box to place under the swarm to catch them. Lucky they were on an overhanging branch a bit higher than the box. I placed the cardboard box under the swarm and gave the branch a good shake. Most of them went into the box. A lot of them were airborne. There was a lot of confusion.

I had the new home nearby with the lid off it. I carried the cardboard box and the bees and poured them like a lot of marbles into the new box and put the lid on. Then sat and watched the traffic. Some wanted to go back into the tree but then they realised the queen wasn’t there so they went into the new box and all the confusion settled down. They went back to work.

I have one regret. I had to live till I was 75 to learn about the birds and the bees.

You all love raw honey, it is one of our bestsellers. There is no better and more local honey around than Poppy Pete’s and Eden to Bees. Head over to this blog post to refresh your memory on the importance of bees and pollinators and Adam from Eden to Bees’ beekeeping philosophy: manlyfoodcoop.org/pollinator-week/