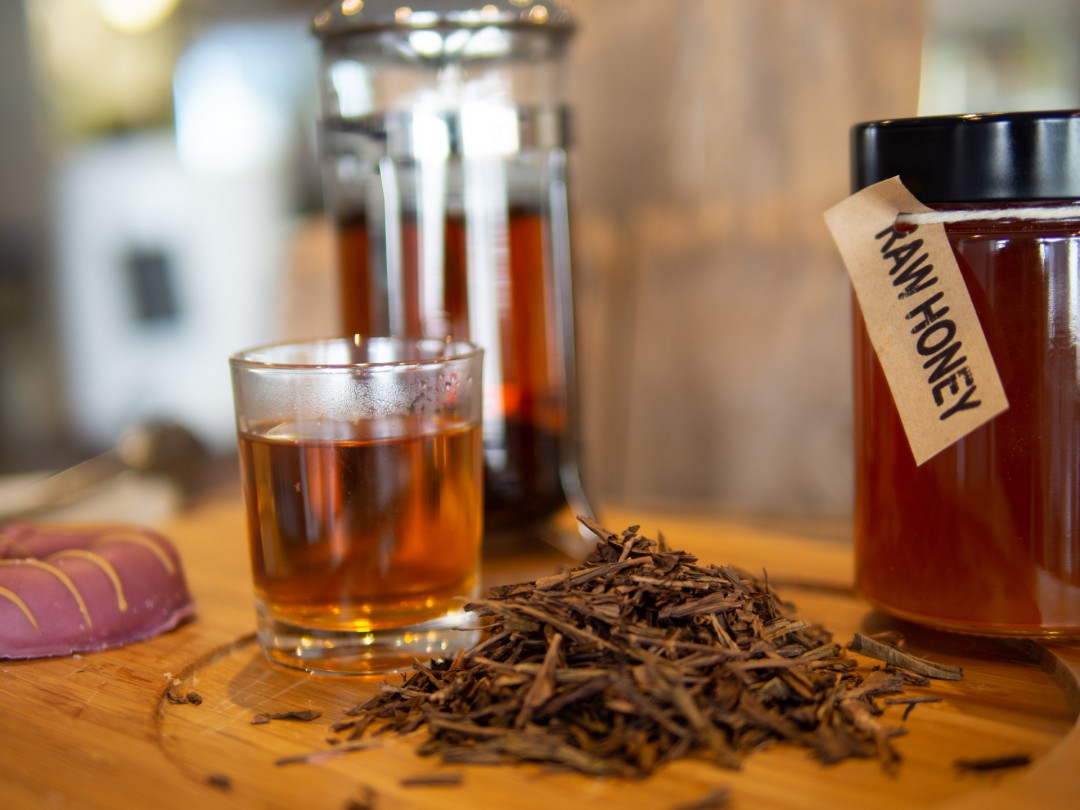 Hojicha is a Japanese green tea which is roasted over charcoal, whereas green tea is typically steamed. The high roasting temperature makes the leaves of the tea turn from green to reddish-brown and gives Hojicha its beautiful warm colour and flavour. Hojicha has a lower caffeine level than most green teas, making it perfect for afternoon meals and before bed.

Hojicha taste is similar to roasted nuts – earthy and rustic, with hints of caramel.

Why is it good for you?

Commonly served as an after-dinner drink in Japan, hojicha benefits have been noted to include a stomach calming effect, high levels of antioxidants, low calorie content, and a decrease in blood pressure. Hojicha caffeine levels are low, which makes it perfect for a relaxing evening drink, or enjoying a quiet moment of contemplation.

Brewing Hojicha to perfection is easy

Unlike Sencha, Hojicha can be brewed using boiling water without damage of flavour. Heat your water to around 90C, and add your hojicha loose leaf, leaving it to brew for anywhere from 30 to 90 seconds, depending on how strong you like your tea. Hojicha tea does not turn bitter when made strong.

Feeling Fancy? Make an iced hojicha or a hojicha Latte

Leave 2 tea spoons of hojicha to brew for about one minute to make a strong infusion which won’t be diluted by any melting ice, and pour it over your cup or glass of ice cubes. Add a dash of agave or sugar syrup if you like a sweet drink. A hojicha latte follows roughly the same recipe, except you’d pour your strong infusion into some hot milk instead of over ice cubes.

We hope you enjoy! 🙂